Vancouver’s Michelin Guide, explained: from how restaurants get their stars to why it matters 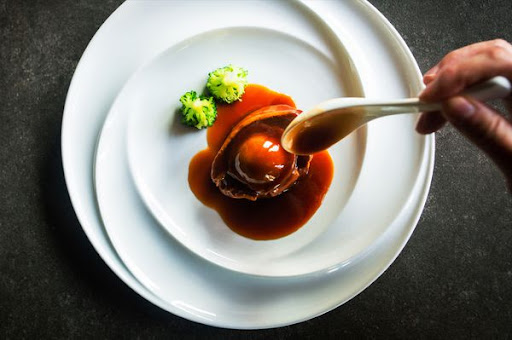 A dish from iDen & QuanJuDe Beijing Duck House. The celebrated Beijing restaurant is one of eight Vancouver restaurants to receive a coveted one-star rating from the Michelin Guide. KEN HUANG/THE CANADIAN PRESS

Vancouver’s Michelin Guide, explained: from how restaurants get their stars to why it matters

Vancouver’s inaugural Michelin Guide was revealed at a glitzy, red-carpet ceremony that looked like the Oscars of the restaurant industry.

Ratings systems of all sorts have come under fire for their methods and lack of inclusivity. And when the Michelin’s Canadian arrival was announced last summer, first in Toronto, which received its own guide in September, the criticism was fierce.

The fine-dining guide, launched in the early 1900s by the French tire company to promote automobile travel, was portrayed as an elitist relic with a Eurocentric bias and outdated standards of luxury.

But for all its faults, Michelin’s prestige is hard to ignore. For most chefs, a Michelin star (preferably three) is still seen as the Holy Grail. Which explains why so many at the Vancouver ceremony were bundles of nerves and sick with worry. Some couldn’t even talk.

By the end of the night, 60 restaurants were recognized: eight were awarded one coveted star; 12 earned the Bib Gourmand designation (for good value); and 40 made the recommended list. There were no two- or three-star distinctions.

Some hearts were broken. One chef was so angry at being relegated to the recommended list, he flipped his middle finger to the host. But compared with the Toronto guide, which lived up to a lot of the criticism, the Vancouver edition was a pleasant surprise and has been well received.

How do Michelin restaurants get their stars?

The process is shrouded in mystery. The team of full-time inspectors, who are fully anonymous, hail from all over the world and have at least 10 years’ experience in restaurants or hotels. When visiting a new destination, they scour the local press and social media for leads. They pay for their own meals and never visit the same restaurant twice. Starred restaurants are visited by at least three inspectors and decisions are made as a team. If there is disagreement, more inspectors are dispatched. Restaurants are judged solely on their food by five main criteria: quality of products; mastery of flavour and cooking techniques; the personality of the chef represented in the dining experience; harmony of flavours; and consistency between visits. Inexplicably, restaurants are not judged on service and decor.

Why have Canadian restaurants not been included before?

The international guides, outside of Europe, are financed by local marketing tourism boards. There hasn’t been any interest, until now. Destination Vancouver and Destination Toronto initiated the process and are paying undisclosed sums for the guides. In Vancouver, it’s a five-year contract. I think this explains why there are so many restaurants on the rather ambiguous recommended list – more bang for the buck. The guides were once financed by book sales, but the hard copies are no longer being printed. It’s all digital nowadays. This is a money-making venture. The anonymous inspectors aren’t travelling the world out of the goodness of their hearts. And they have to pay for their meals somehow.

Vancouver got a great list that reflects what our dining scene does best: Asian cuisine, farm-to-table cooking and casual fine dining. With the exception of Quan Ju De, which is an opulent rendition of a Beijing franchise, the one-star restaurants are all small gems that are very personal expressions of the chef-owners. There are some surprising omissions and odd inclusions, especially among the Chinese restaurants. The only dim sum restaurant on the Bib Gourmand list is a hipster joint that serves craft beer and is only open at night. The inspectors were obviously looking for innovation and they did not reward restaurants that adhere to traditional notions of luxury.

By contrast, the Toronto list is dominated by high-end restaurants, many clustered in the tony Yorkville neighbourhood and nose-bleedingly expensive. Five of the 13 starred restaurants are Japanese.

But the Toronto dining culture is different from ours. Yes, there are plenty of small, soulful, chef-owned restaurants. But they are routinely overshadowed by flashy eateries with fat-cat investors, swanky design and international PR teams – what you might call “corporate-expense-account restaurants.” It’s a scene that is much more prevalent there. Always has been. And the Toronto Michelin Guide reflects that makeup.

How has the judging criteria changed? Why, for example, is service and decor not included?

Gwendal Poullennec, the Michelin Guides’ international director, insists that the rules have not changed and the judging has always operated this way. But historically, especially in Europe, restaurants trying to move up the rankings would strategically invest in the right crystal, chinaware, carpets and cheese trolleys. It was expensive, but seen as necessary. As the guide has expanded internationally, it has obviously loosened up to accommodate different types of cuisines and cultures. It has had to modernize, but it’s done a terrible job of explaining the changes. The messaging is muddled. Nobody knows what a three-star rating even means anymore. Some of the restaurants that were omitted from the Vancouver guide are obviously still clinging to those old ideals with their starched tablecloths, white-glove service, deep wine cellars and dessert trolleys. They are probably baffled by the list, justifiably so.

What is the impact of a Michelin star on a chef or a restaurant?

Within hours of the guide being released, Vancouver’s one-starred restaurants were sold out for the next few months or for as long as their booking calendars are open. (Some only open reservations for the next month.) We’ll have to see if the demand is sustained and if it has an impact on the wider tourism and restaurant industries.