Pandemic-hardened Barbara a sustainable template for the future of restaurants 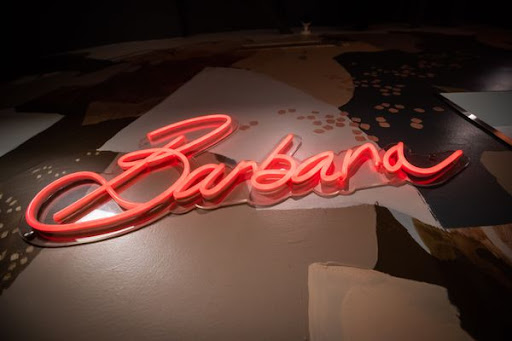 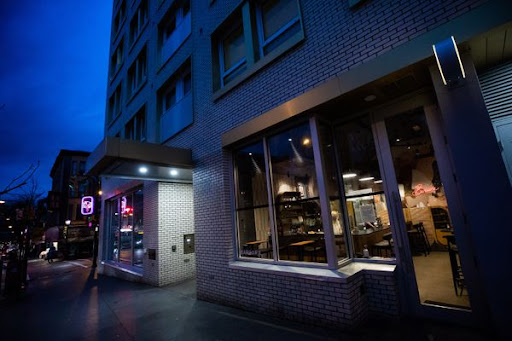 Barbara has a clear culinary voice and distinctive point of view.
DARRYL DYCK/THE GLOBE AND MAIL

Seventeen months after Barbara Restaurant opened, I finally caught up with the boss babe (named after the chef-owner’s mother).  So did COVID-19. Omicron hit the cool Chinatown kitchen bar earlier this month, closing it down for a week.

It could have been worse. But the pandemic had already shaped and polished this tiny gem until it was tough as diamonds.

Barbara is a remarkably efficient and roundly palate-delighting two-person operation helmed by chef-owner Patrick Hennessy and general manager Claudia Fandino. Fortunately, both contracted the virus at the same time (from separate holiday functions) and neither was ill, which made the shutdown brief. 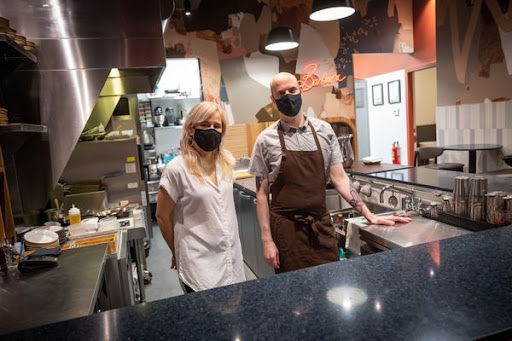 Babs is an original, to be sure, with a clear culinary voice and distinctive point of view (including politely policed yet inevitably ostracizing photography protocols). But it’s also a sustainable template for the future of restaurants and I hope we’ll see more of its kind.

The 15-seat room (now down to 10 because of physical-distancing restrictions) is basically one big open kitchen with a bar off to one side, ringed by an L-shaped counter and a few high-top tables for two along the opposite wall and front window.

The space is appointed with a lovely abstract mural by Vancouver artist Sarah Delaney, curvy wood panelling and pops of pink neon. But the main focal point is Mr. Hennessy, calmly juggling pans and an endless succession of small plates in a compact, stainless-steel kitchen dominated by a giant self-circulating hood fan. 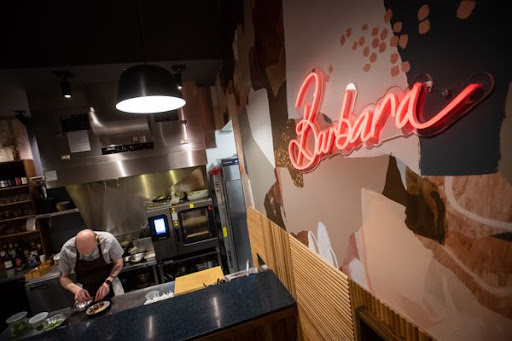 Chef Patrick Hennessy works in the kitchen at Barbara on Jan. 12, 2022.
DARRYL DYCK/THE GLOBE AND MAIL

The chef doesn’t have much time to chat, but the personal touch of having him deliver each plate with a fulsome description of every scratch-made ingredient, composed in a carefully orchestrated dance just a few steps away, gives the experience a rare sense of social intimacy that the pandemic has largely denied.

A three-course tasting menu is tightly curated with three options (one vegetarian) on each tier. A new dish is added every week or two, but several signature items have remained constant, accented by the changing seasons. 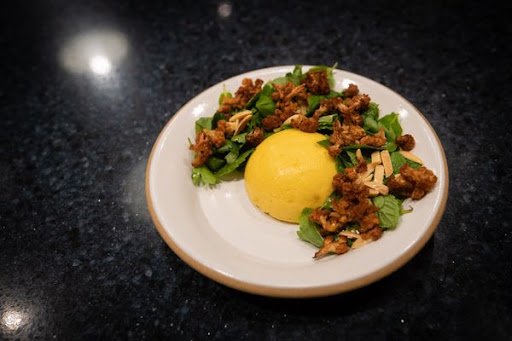 In October, for instance, a deeply buttery squash flan was ringed by charred chicories, crispy sage and roasted pumpkin seeds; by December, the flavour profile had moved on to cauliflower, smoked almonds and fresh herbs. Both versions were terrific. 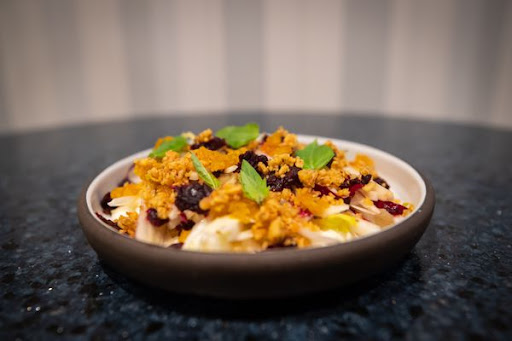 Almost every ingredient is made in-house, including gently melting stracciatella (served with heirloom tomatoes or twice-cooked beets, depending on the month).

Mr. Hennessy’s technical skills are impressive, especially given the constraints of his gas-free kitchen. The potato-starch coating on exquisite tender-firm octopus was gossamer-thin and crisp. And the seared skin on Arctic char was browned to a shattering crisp (although the soft-edged striploin could have used more colour). 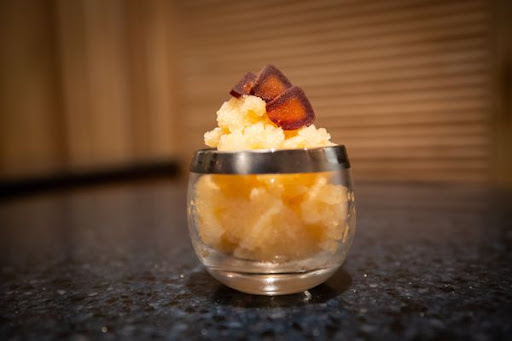 His influences lean classic but often surprise. I almost passed on oysters because a clean shuck, while nice, doesn’t usually say much about a chef. But these delicate Kusshis, dressed in a perfectly balanced mignonette, were really just a vehicle for foamy vichyssoise adorned with a crackly nest of matchstick leeks. 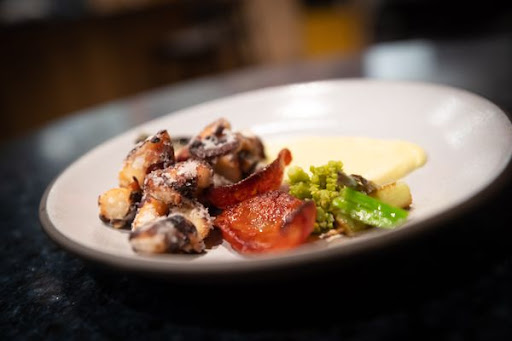 His flavours pack a punch. Beef tartare (not chopped to order, but snappy nonetheless) has a lightly dry-aged funk that pops under cassis-folded mayo. Juicy sweetbreads are dribbled with richly acidic sherry jus. Rosy veal tongues loll lusciously under smoky balls of roe in a bed of creamy remoulade smacked with vibrant dill.

Even the honey drizzled over fried eggplants, which was served as a complimentary snack between courses, gave the garlicky chermoula dipping sauce some fragrantly stiff competition 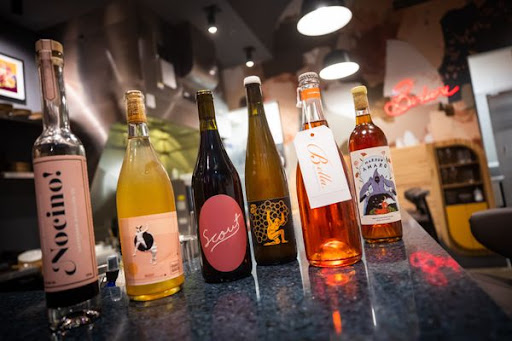 The wines at Barbara are hand-selected by Ms. Fandino.
DARRYL DYCK/THE GLOBE AND MAIL

The bold flavours go well with a discerning list of local, high-acid natural wines, many of which are produced in such small quantities you’ll never find them on store shelves. The wines are hand-selected by Ms. Fandino, who graciously pours samples if it will help convert boring classic wine drinkers to the fleshy, fuzzy peach thrill of a low-intervention skin-contact muscat. She also mixes deeply dimensional cocktails as she squeezes her way around the tight space with infectious warmth and flexible octopus arms.

This isn’t Mr. Hennessy’s first time around the block. He started working in West Vancouver’s Beach House as a teenager, has cooked in many notable local restaurants (Raincity Grill, Chambar, Kissa Tanto) and has wanted to open his own ever since returning, in 2011, from a year-long stint in New York as one of eight sous chefs at Eleven Madison Park.

In the interim, he ran an underground kitchen in his apartment, gigged on private yachts, built furniture and survived an extraordinarily serendipitous kidney transplant, provided by a previously unknown family donor who appeared in the nick of time.

He had no intention of opening a restaurant that wouldn’t be profitable, and the pandemic forced some fine-tuning that has made Barbara not just a leader, but also more likely to survive in the long run.

When it opened, in June, 2020, the tasting menu was optional – and $20 less expensive. Now priced at $70 for three courses (with a couple of snacks thrown in) and no longer optional, it’s probably one of the priciest (for each item) prix fixe in Vancouver.

It’s not the best, not by far. There are tasting menus all over town that are much more ambitious, innovative and artfully plated. But it is realistically priced for the spiralling costs in our crisis-addled economy. And with only 10 seats, Barbara doesn’t have to win over the masses.

My only quibble: The $7 granita is one supplemental charge too far. It’s just flavoured ice. A tasting menu feels unfinished without dessert and this optional extra leaves a slightly sour final impression.

Because Vancouverites have a terrible habit of not showing up for reservations, bookings must be made with a credit card. Cancellations with less than (a very reasonable) 12-hours notice are charged $50 a person. This should be standard practice across the industry.

Last summer, Mr. Hennessy implemented a shorter workweek and closed the restaurant on Saturdays. This is usually the busiest night for a downtown restaurant and almost unheard of. It’s admirable, because hospitality workers need a life, too. And with only two people doing everything from morning prep to dishwashing, it would be very easy to burn out.

Despite all the challenges posed by the pandemic – and partly because of  the smart ways this restaurant rose to meet them – Barbara burns bright.

0Like
The Beijing Duck at Quan Ju De is legendary, and its Vancouver location does not disappoint previous Land & Sea fails the acid test, leaving customers to chew the underseasoned fat next