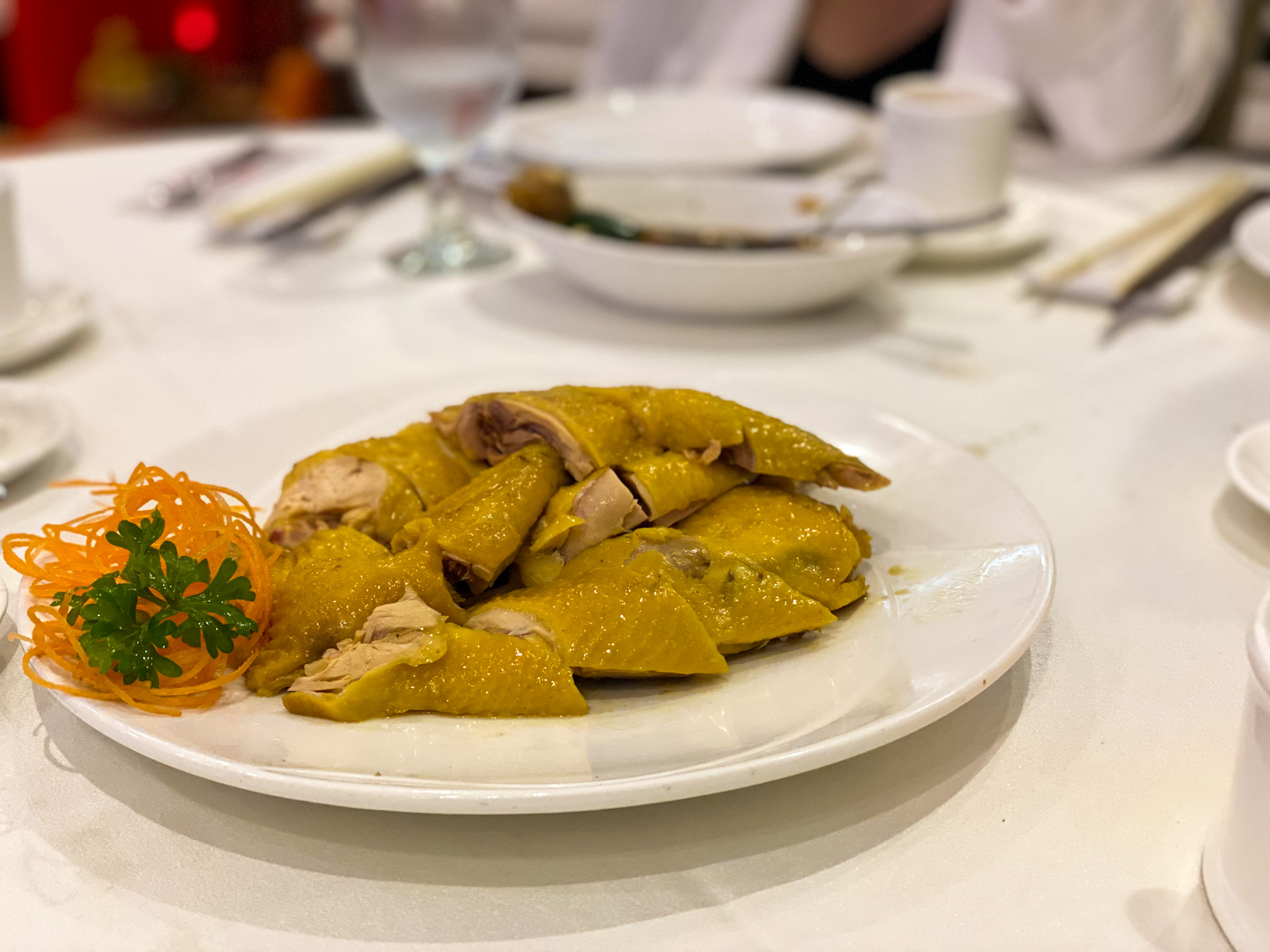 From the Archives: The Couture of Cantonese Cuisine

We pull into the parking lot at Sea Harbour Seafood Restaurant slightly aghast.

This squat cement bunker festooned with blinking neon lights is supposed to be one of the most sophisticated Cantonese restaurants in Richmond, B.C. So what’s with the Rising Sun logo out front?

Fortunately, we’re here with Lee Man, a Chinese food expert and contributing writer for Vancouver Magazine. We hope he’ll help us navigate the menu as easily as he did the drive from downtown. The brightly lit interior is just as flashy as the platoon of luxury cars outside. It’s all marble walls, gold trim and festive chandeliers covered in red organza rosettes.

The tables are set with white linen and the waiters are dressed in snappy dark suits.

The place is alive with the sound of laughter and boisterous good times. Much of the loud chatter is in Mandarin, Mr. Man observes.

The restaurant appears to be attracting the newly moneyed mainland crowd, he explains, which tends to be less conservative than its Hong Kong counterparts when it comes to splashing out on the shark’s fin, abalone and other pricey seafood specialties for which Sea Harbour is known.

Whoa, there goes an Alaskan king crab with a claw span of at least half a metre. It is being borne aloft by a waiter to a table on the other side of the room.

Our table of five stares in awe at the magnificent creature, which came straight from the giant seafood tanks crowded with gruesomely priapic geoducks and bug-eyed rock cod.

He also advises against the spot prawns, though Sea Harbour apparently does a beautiful soy-braised dish.

Mr. Man checked the markets earlier that day and the local crustaceans were selling for $9 a pound, so the $28 being charged at the restaurant is much too high a markup.

We are humbled, and give him carte blanche to order whatever he likes.

After his deep consultations with the waiter, in Cantonese, a live Dungeness crab is brought to our table wriggling belly up in a plastic tub.

Mr. Man is suitably impressed with the specimen’s meaty legs and fighting spirit.

We will be having Sea Harbour’s famous kabocha pumpkin hotpot with crab. At $38 for a 2½-pound portion, this is our one expensive item of the evening. We’ll build more modest home-style dishes around it.

“This is the Hong Kong style of ordering,” explains Mr. Man, who was born there.

Soup of the day is watercress and conch ($28.80). It’s a very clean, double-boiled broth with a crisp mineral aftertaste.

The server brings a heaping platter of spent ingredients (including pork bones and tiny bitter almonds) to the table for inspection and nibbling. I’m intrigued by the presentation, but find the soup kind of bland.

Canton often gets a bad rap for its less-is-more school of cooking. This cuisine is all about clean, light flavours and stripped-down preparations that focus on the pristine integrity of the natural ingredients.

To Western palates, however, it often lacks the punch of other regional flavours, which are deeper and rounder, with more spice, sweetness, heavy braising and slower cooking times.

Then there’s the whole issue of texture, which Western palates don’t understand at all.

These gelatinous delicacies don’t really taste like anything, other than the chili and sesame oils they’re tossed in. It’s all about the crunch. I prefer the jellyfish, which look like plump rubber bands, over the deboned goose feet. Too much ribbing, I suppose.

Chayote ($14.80) is a crisp, green squash braised with minced pork and Chinese olive leaf, which gives the sweet vegetable a nice bitter tang.

Shredded chicken ($13.80) is one of my favourite dishes of the night. It’s just a roasted free-range chicken served with the bones underneath, a whole, crisped skin pulled over top, and a gritty sand-ginger sauce on the side. But it’s all chicken. No muss, no fuss.

Ah, so this is Cantonese cooking. Now I get it. I suppose I can appreciate the purity of the taste simply because I’m more familiar with the ingredients.

Gai lan with cured meats ($16.80) is another bright note. The sausage and pork belly give the greens a salty kick.

Then comes the crab, fried in the shell with fermented black beans and steamed cubes of Japanese squash. The pot is simmered on top of a butane burner at the next table until the ingredients all melt into a briny-sweet stew.

It’s not a traditional Cantonese dish, but man, is it good. By the time we’ve finished cracking through the crab, the sauce is splattered all over the table and most of our clothes.

As we top off the night with decadent bowls of hot almond cream and coddled egg whites, I keep coming back to the Versace analogy.

Sea Harbour is the couture of Cantonese cuisine. The dining room’s high-voltage glamour offers luxury dishes for those who can afford it. Yet connoisseurs will appreciate the kitchen’s finely tailored assembly of quality ingredients.

Personally, I wouldn’t want to eat this way every day. But much like with fashion, I don’t necessarily need to understand the allure to enjoy the thrill. 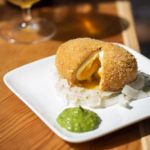 The Magnet: A surprising Vancouver beer parlour with something for everyone previous